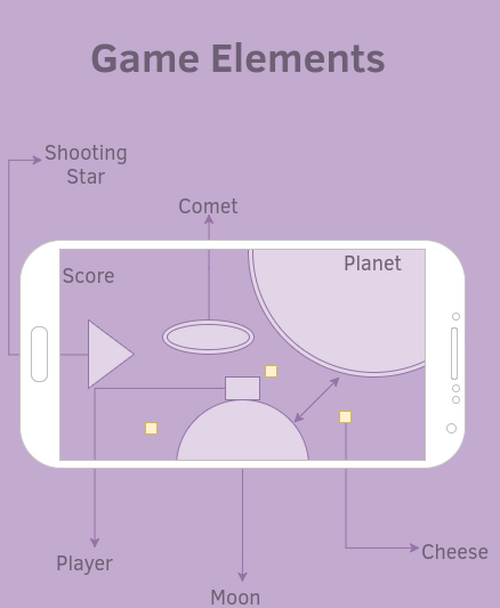 This month I started to rework Moon Cheeser in order to make it more fun and enjoyable. There are a bunch of new features and mechanics, and the original game became more like a prototype.

The first iteration of Moon Cheeser was basically an idle game where you just wait until there are craters to jump or cheeses to catch. Also, since it was my first game ever, it had a bunch of glitches and lose-lose situations (i.e. comet + crater). So I decided to shut the original game down and start to rework it applying my new techniques.    I redesigned every mechanic, inputs, lose conditions and such and I'm working with a friend to start implementing them, it will be basically a totally different game,  but with the same purpose.

Just to give you guys an idea of what's coming:

Besides we are adding new achievements and new skins to be unlocked. Also, we are researching online and local high scores tables to add some competitivity to the game!

Starting on July 3rd we will start to develop the new awesome features and completely rework and redesign the game. You will be able to follow some development sessions whenever I'm streaming and also a small devlog video at my youtube channel,  links below!

Live streaming at twitch and mixer too .
Devlogs here on itch.io and some making of and behind the scenes at my youtube channel .

Is it possible that somewhere in the space there's a moon made out of cheese?